You are here: Home / Newsroom / GC/MS Analysis Archive / Why Residual Solvent Testing is a Must 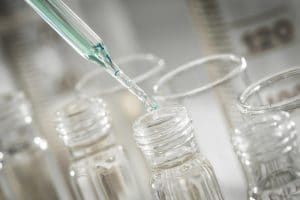 Solvents are widely used in the manufacturing industry. From cleaning assembly line equipment to engineering pharmaceutical products, solvents play a role at many different stages in the manufacturing process. However, if they are not properly removed, residual solvents can compromise the quality or safety of a product. Taking advantage of residual solvent testing is a way to combat potential quality issues and ensure a safe product.

What is a solvent?

A solvent is a liquid or gas that dissolves or extracts other substances. Some of the most common solvents used in manufacturing include butane, ethanol, propane, hexane and acetone. Solvents can be used to clean electronics and tools, dissolve greases and oils, or mix or thin pigments. Solvents are also very important for the creation of drugs and other pharmaceutical products. For example, solvents are often used at the beginning of the manufacturing process to create the active ingredients for ointments and other topical products.

What is a residual solvent?

However, there are guidelines for the amount of residual solvents that can be left behind and still be considered safe. At unsafe levels, they can either be harmful to the environment or humans. In addition, residual solvents can also compromise the quality and/or functionality of the product. For example, removing cleaning solvents is essential during the processing of a circuit board. If residual solvent is present, the conformal coating and/or solder mask will not adhere properly to the circuit board.

What is residual solvent testing?

Residual solvent testing determines whether residual solvents, or other impurities, are present, and if they’re present in harmful amounts. It can also determine whether the proper solvent purging process was followed during product development.

What are the benefits of residual solvent testing?

Solvents are also frequently used in the production of plastic packaging for various food products. If too much of the solvent is retained in the packaging, it could give off an unappetizing odor or spoil the taste of the food. Testing can quantify the level of residual solvents and determine if they will cause odor or taste issues.

What techniques are used?

GC/MS analysis, or gas chromatography mass spectrometry, identifies the precise composition of a sample. During this process, the sample is injected into a gas chromatograph to volatilize the sample and separate the various components. The separated components then go into a mass selective detector to identify how much of each element is present.

For more information on residual solvent testing from Innovatech Labs, get in touch with us today.