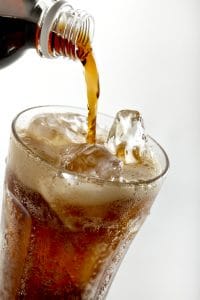 In sodas and other soft-drinks, environmental factors and internal reactions may cause chemical changes resulting in foul odors and tastes. Smell has a huge impact on taste, so finding the cause of an unusual smell is an important to food and drink manufacturers. If you notice that your product is giving off unusual or unattractive smells, Innovatech Labs offers headspace analysis services to help you find the offending ingredients or process conditions.

Odd odors can result from process errors involving material ingredients or mechanical faults. Tests such as GC/MS analysis are helpful in finding a root cause of the problem because it evaluates the gaseous emissions in contained environments.

An extension of this technique is Headspace analysis. This method tests volatile and semi-volatile organic compounds given off by samples during heating or over time.

GC/MS and headspace analysis can be used to test for contaminants in soft drinks. A potential concern of drink manufacturers is the development of the carcinogen Benzene in their products. Benzene has a sweet odor and occurs in products such as gasoline, cigarette smoke, and other relatively common chemicals.

According to the U.S. Food and Drug Administration (FDA), “Elevated temperatures and light can stimulate benzene formation in the presence of benzoate salts and vitamin C, while sugar and EDTA salts inhibit benzene formation.” The FDA upholds the Environmental Protection Agency’s maximum contaminant level standard for Benzene contents in bottled water at five parts per billion (ppb), but does not have a standard for other beverages.

The FDA’s Center for Food Safety and Applied Nutrition initiated an analysis of available soft drinks on the market which contain both benzoate salts and ascorbic or erythorbic acid for their contents of Benzene. GC/MS analysis was chosen as the best way to quantify the dangerous chemical.

Information about the tests:

Results of the tests, which evaluated over 100 qualifying beverages, found only five beverages which contained benzene above five ppb. Four of the five products were reformulated by the manufacturers and the fifth was discontinued.

If you have concerns about odors in your products, Innovatech Labs can perform headspace analysis, in addition to many other materials testing services.