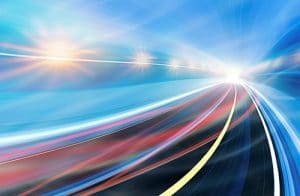 “The most important characteristic of [ion chromatography] that researchers look for when purchasing a new IC instrument is ease-of-use, robust and rugged hardware along with high throughput,” says Jay Gandhi, Business Development Manager at Metrohm, an ion chromatography instrumentation manufacturer.

Ion chromatography technologies have been evolving over the past several years. According to Gandhi “new and miniaturized electronics have made the instruments smaller with better sensitivity.”

Ion chromatography was first performed around 1850 when H.Thomson and J.T. Way used ion methods to treat a variety of clays with ammonium sulfate or carbonate in solution in order to extract the ammonia and release calcium.

Modern ion chromatography was developed during World War II when the U.S., UK and Canada worked together on the Manhattan Project to develop the first atomic bomb. Scientists needed a method to separate and concentrate the radioactive elements and chose adsorbents that latch onto charged uranium elements, which could then be differentially eluted. This technique was developed into the systems used today to purify biologicals and inorganics.

The speed of Ion Chromatography analysis had previously been restricted by the pressure and flow rate limits of the ion chromatography hardware. These conditions required the use of large particles and long columns. However, numerous recent advances have seen faster ion chromatography separations by reducing the column length while maintaining large particle usage. Further increases in speed for simple samples are expected in the future.

Learn more about Ion Chromatography analysis by contacting Innovatech Labs online or by calling one of our highly trained analysts at 888-740-LABS (5227).