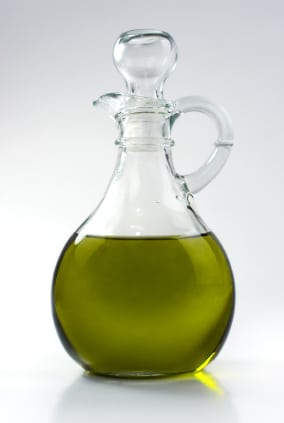 The fraud has become so pervasive that in October 2010, the USDA issued its first new Standards for Grades of Olive Oil and Olive-Pomace Oil since 1948. The new standards require specific methods of analysis for determining the characteristics of olive oil. Gas chromatography/ mass spectrometry (GC/MS analysis) is one of the approved methods for establishing levels of fatty composition and total sterol content. GC/MS analysis is frequently performed to measure variants in vegetable oil. In Europe, governments are also looking to solve the problem. According to a European study, adulteration with hazelnut oil is one of the most difficult to detect due to the similar composition of hazelnut and olive oils. In the study, the hazelnut oil was detected in extra-virgin olive oil through the use of MALDI-ToF mass spectrometry.

A year ago, 19 people were arrested in Jaén and Córdoba, Spain, in a suspected international olive oil scam. Spain’s national law enforcement agency, The Guardia Civil, reported that palm, avocado and sunflower oils were being passed off as olive oil. They said that the alleged $4 million fraud involved a complex network of 30 companies from Spain, Italy and Portugal.

In January of last year an industrial plant in southern China was under investigation for mixing cottonseed oil with soybean oil and marketing it as peanut oil. The adulterated oil was likely sold to makers of popular instant noodles.

As early as February 2013, the New York Times reported that The North American Olive Oil Association, a trade group that represents the olive oil business in the United States and Canada, is suing Kangadis Food, saying it falsely labeled its Capatriti brand as olive oil when the product is a fat from leftover olive skins and pits.

Knowing You Have the Real Thing

Since you likely don’t have mass spectrometry instruments in your home, you can’t perform GC/MS analysis on that bottle of extra virgin olive oil. So, how are you to know if you have a pure product? One way is to only buy bottles that have the California Olive Oil Council (COOC) seal. Even with the strict new USDA standards, states are not adopting them. The COOC is the only North American certified quality control program that exceeds strict International standards for true Extra Virgin Olive Oil and who can guarantee that the extra virgin olive oil you buy is certified.

Want to learn more about GC/MS analysis? Find out how GC/MS can help food service vendors select better oil or learn more with an overview of GC/MS Analysis including how it’s used and how it’s done.