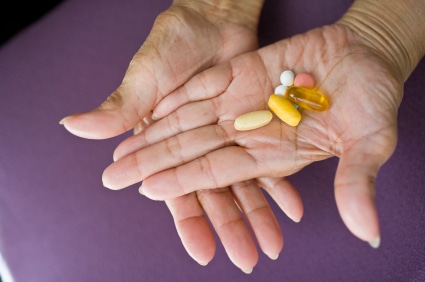 Microscopy/Energy Dispersive Spectrometry (SEM/EDS) are often paired together in chemical testing. FTIR analysis is best used in testing organic materials and SEM/EDS primarily examines inorganic materials. Now, scientists are exploring their combined use in the world of counterfeit medicine.

Counterfeit drug manufacturers design the drugs to look identical to the real thing. These drugs are often produced in substandard conditions; they frequently can be incorrectly formulated and they may have the wrong amounts of active ingredients as well as harmful impurities.

There exists a considerable health risk for counterfeit drug use; patients’ illnesses could go untreated, they may face increased resistance to treatment and, even death, according to the World Health Organization (WHO).

The WHO estimates that counterfeit drugs make up nearly 10 percent of the world’s pharmaceutical market. In developing countries, this climbs to 25 percent on average, with some countries as high as 70 percent. The counterfeit drug business doubled between 2005 and 2010 and reached $75 billion in annual sales, according to a new study published in February 2012.

Tracking Down the Source

In an effort to expand the government’s approach, four interdisciplinary scientists with the U.S. Food and Drug Administration (FDA) developed a method for the chemical analysis of the packaging. Using FTIR analysis and SEM/EDS, the scientists examined both counterfeit and authentic packaging. They’re using this initial procedure as a basis for creating a method which could be used on future sample submissions to the laboratory.

They concluded that the chemical profile provided by FTIR analysis and the elemental profile and site identification provided by SEM/EDS micro-analysis added points of comparison when determining product authenticity.

In addition, they found that chemical trends they observed in the packaging components may be able to help identify the source of the counterfeit products.