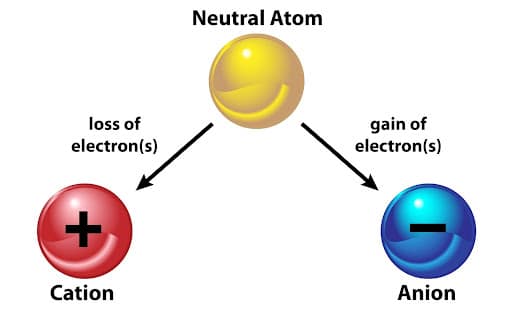 Cations and anions are both types of ions. While they each have important natural roles to play in chemistry, they can also be a serious problem if they find their way into systems where they are not supposed to belong.

This is what you should know about cations and anions, and how they may be affecting your products or business:

What are Cations and Anions?

Ions are particles that do not have a balanced, or neutral, number of positively-charged protons and negatively-charged electrons. This means ions have a “charge,” either positive or negative.

How are Cations and Anions formed?

Ions are formed when two atoms come into contact with each other and bond together to form a more stable compound. Atoms consist of positively-charged protons, neutral neutrons, and negatively-charged electrons. While protons and neutrons are located in the center, or nucleus, of the atom, however, an atom’s electrons actually revolve around the outside of the nucleus in an “electron cloud.”

Different types of atoms have varying shells, or “levels” of revolving electrons. The electrons at the outermost level of the atom are called “valence electrons,” and these are the electrons involved in chemical reactions, one byproduct of which is the formation of cations and anions.

Atoms seek to stabilize to the greatest extent possible—even if it means giving up their equal balance of protons and electrons in favor of becoming ions. Atoms are stabilized when all the layers, or “shells,” of their electron clouds are “complete,” meaning they have as many valence electrons as they can hold without starting another layer. For most atoms, the number of electrons per layer is eight (this is called the “octet rule”).

As elements gain or lose electrons to stabilize, however, they also gain a positive or negative charge, since they no longer possess as many electrons as they do protons. Therefore, the number of valence electrons present in an element can tell us whether or not it will become a cation or an anion during a chemical reaction. It also determines several properties of the elements that become both:

It’s easier for these elements to stabilize by losing a few of their extra valence electrons than it is for them to gain the extras required to form a complete layer, so they give up valence electrons more than they take on new ones.

Most metals, particularly alkali metals such as Calcium, Rubidium, Potassium, Sodium, and Lithium, are electropositive, and therefore tend to become cations.

For example, Sodium has one valence electron and a total of 11 electrons—to match its 11 protons. In order to stabilize, therefore, Sodium gives up the single valence electron. When it does this, it has 10 electrons and 11 protons, making it a positively-charged cation, notated as Na+.

Negatively-charged anions, on the other hand, are formed when an atom takes on one or more electrons in order to achieve stability. The most common atoms that become anions already have a nearly complete set of eight valence electrons.

Non-metal elements, such as Oxygen, Sulfur, Fluoride, or Chlorine are typically electronegative and therefore form anions more frequently than cations.

How do cations and anions interact?

Because they have opposite charges, anions and cations are attracted to each other. When enough cation and anion atoms are generated, they bond together, forming ionic networks, or crystal “lattices” consisting of ordered sequences of ions in which each ion is surrounded by ions of the opposite charge. 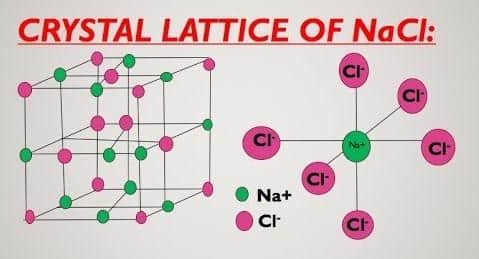 These lattices make up the composition of many natural and synthetic compounds. For instance, when a Sodium atom gives an electron to a Chlorine atom, the Sodium cation (Na+) is immediately attracted to the Chlorine anion (Cl–), and the two bond together to form Sodium Chloride (NaCl), or table salt.

When and why are anions and cations considered contaminants?

Cations and anions can both be considered contaminants when their presence interferes with the functionality of precision electric instruments, such as printed circuit boards (PCBs).

As cations build up on the cathode, they can facilitate the growth of dendrites, which are tiny, crystalline metal shavings formed in the same kind of lattice pattern described above. Dendrites are a serious problem in PCBs because they are highly conductive.

When the current running through the cathode contacts a dendrite, the dendrite can trigger “electrochemical migration,” amplifying or redirecting the charge away from its proper course into place where it’s not meant to go. This can cause short circuiting, damage, or even total system failure.

How can I find cation and anion contaminants?

Unfortunately, even if the contaminant that originally introduced cations and anions into a system is thoroughly cleaned away, cations and anions can remain on surfaces in microscopic ionic solutions. They can also bond with nearby atoms, making them even harder to remove.

Cation and anions are atomic particles, so they require specialty testing procedures and equipment to identify. Innovatech specializes in Ion Chromatography, a simple, fast, and reliable testing procedure that can locate and identify the presence of any and all ions within a product.

With the help of the experts at Innovatech, you can identify not only the presence of ions, but also their type, location, and even where they came from in your manufacturing process.

If you would like to test your product for cation and/or anion contamination, contact the pros at Innovatech for Ion Chromatography analysis today.