In 1900, at the World Exhibition in Paris, biofuel pioneer, Rudolf Diesel, demonstrated the first engine to run on peanut oil. In 1912, 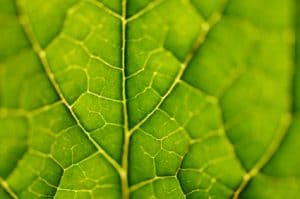 the year before he died, he predicted, “The use of vegetable oils for engine fuels may seem insignificant today. But such oils may become, in the course of time, as important as the petroleum and coal tar products of the present time.”

Since then, the need for biofuel-powered engines has become a priority. The U.S. Department of Energy’s Ames Laboratory developed innovative mass spectrometry and methods that are helping plant biologists glimpse never-before-seen plant tissue structures for the first time.

The laboratory’s team of researchers developed a new, more highly sensitive, mass spectrometry technique to investigate metabolites, the small molecules that are the building blocks for plant biological processes. This method opens up new areas of study—areas that might have long-range implications for biofuel research and crop genetics.

Advances in Mass Spectrometry
Gas Chromatography/Mass Spectrometry, or GC/MS analysis, separates chemical mixtures and identifies components at a molecular level. According to Young-Jin Lee, a faculty scientist in Ames Laboratory’s Chemical and Biological Sciences Division, “Traditional methods in [GC/MS analysis] told plant biologists the ‘what and how much’ of plant metabolites, but not the ‘where.’”

Lee demonstrated the use of matrix-assisted laser deposition/ionization-mass spectrometry, or MALDI-MS, to map the lipids in cottonseed in a recent paper published in The Plant Cell, a premier research publication about plant science.

According to The American Heritage® Science Dictionary, a lipid is any of a large group of organic compounds that are oily to the touch and insoluble in water. Lipids include fatty acids, oils, waxes, sterols and triglycerides. They’re a source of stored energy.

In conventional GC/MS analysis of plant material, biologists were forced to crush up tissue. “We would lose spatial information, where these metabolites were located in different types of plant cells,” says Basil Nikolau, the Ames Laboratory faculty scientist heading up the project.

“The traditional methods provided qualitative and quantitative analysis, but it lost all localization of these small molecules,” adds Lee. “With this technique we can see the distribution of these metabolites in the plant tissue at the single cell level.”

In Lee’s study of cottonseeds, done in partnership with a team of U.S. and German scientists, the technique showed a distribution of lipids that varies with tissue function. The knowledge could yield useful information about cottonseed, a crop valued as a possible source of biofuel and for its oil in the food industry.

To stay up to date on GC/MS analysis and the latest industry news, subscribe to the Innovatech Labs Resource Center.