You are here: Home / Newsroom / GC/MS Analysis Archive / TGA Analysis: What, How and Why 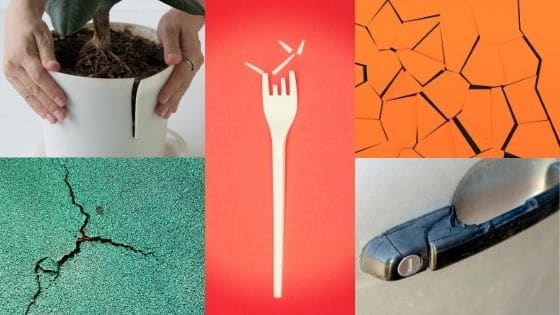 Imagine your company switches to a new supplier for a plastic component in your device.

As the new models roll out, the customer complaints roll in — it seems this model is much more prone to failure than the previous one was.

Soon, you’re examining returned items and finding every one has a crack in that one new component.

With the right kind of scientific analysis, you can determine what’s causing the failure.  The mystery of the cracking plastic components is just one use case for a material analysis technique called thermogravimetric analysis (TGA), also known as thermal gravimetric or thermal gravitational analysis.

TGA not only evaluates how polymers and an array of other materials perform under extreme temperatures but also provides information about the materials used to construct a product, including the base polymer(s), additives and fillers. In the case of the cracking component, we might discover that the new supplier is using more filler or less plasticizers than the previous supplier,  either of which could cause this type of  failure.

Read on to learn the basics about TGA testing and how it can help with product manufacturing and quality control.

What is TGA Analysis?

Thermogravimetric Analysis (TGA) is a material analysis technique in which the mass of a sample is evaluated as a function of temperature or time while heating it in a controlled environment. As the components of the material volatilize over time, the temperature and weight loss are recorded.

The Types of TGA Testing

While all types of TGA identify how substances respond to heat, the difference is in how heat is applied.

The three types of TGA analysis:

Which Materials Are Appropriate For TGA Testing?

TGA analysis is commonly used on polymers to identify thermal stability and the impact of fillers. Another widespread use is testing fluids, such as lubricants, for weight loss resulting from evaporation, oxidation, or thermal cracking of base fluids or formulations.

TGA is used on these materials:

What Can TGA Analysis Measure?

Which Industries Use TGA Testing?

TGA is a commonly used material analysis across industries – both in product development and in quality control.

What is TGA Analysis Used For?

There are many applications for TGA testing – and it seems people are discovering new uses every day. Some more recent applications use TGA for soil forensics or to characterize organic materials of plants for lakes. The following are a few widespread uses.

Because TGA testing can measure weight loss at extremely high temperatures, it’s an excellent choice for analyzing polymers. Polymers usually melt before they decompose – at around 200°C – but some can withstand 300°C in air and 500°C in inert gases without degradation. TGA can analyze even these polymers.

Residue Analysis After Oxidation And Combustion

TGA can analyze the glass fiber or other inorganic filler content of a composite sample that remains after the polymer resin burns off.

It can also help to track oxidative losses, which is something that’s an issue in copper alloys. For example, when evaluating if copper alloys were suitable for combustion engines on the NASA space shuttle, TGA testing was used to study the blanching resistance of the alloys.

Wouldn’t it be nice to know how a material would behave in different thermal situations? Using TGA data, it’s possible to predict reaction behavior and provide evidence for chemical process mechanisms.

Kinetic testing can track the temperatures at which a material becomes unstable, and ultimately burns.

Product stability depends on the right mix of materials. TGA can detect minuscule levels of fillers and contaminants. So, it’s no wonder that TGA analysis is a go-to quality control test for incoming material testing, process control, and product verification.

Is TGA right for your next project?

Are you wondering about the thermal stability of your product or concerned about the impact of contaminants, elements and fillers on long-term performance? In that case, TGA testing might be ideal for your next project. To learn more or discuss a specific project, give us a call at 888-740-5227 or contact Innovatech Labs online.