A growing problem within organizations in countries like China is the adulteration of products for economic gain. The FDA’s working 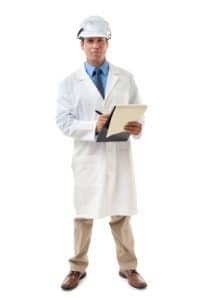 definition of Economically Motivated Adulteration (EMA) as the “fraudulent, intentional substitution or addition of a substance in a product for the purpose of increasing the apparent value of the product or reducing the cost of its production solely for economic gain.”

Materials testing analysis, including FTIR testing, is a technique production facilities use in order to guarantee the purity of their product.

In 2008, the public was outraged when China was caught selling milk that was adulterated with the chemical, melamine. Melamine was added to watered-down milk so that it would appear to have higher protein content. Melamine can cause renal and urinary problems when ingested; approximately 52,000 people were hospitalized as a result. The total cost of the melamine adulteration has been estimated at 10 billion dollars.

In June 2009, a Nevada company and its owners pleaded guilty in federal court for distributing wheat gluten to pet food manufacturers, which was imported from China, and had been adulterated with melamine.

“Millions of pet owners were impacted by the pet food recall in 2007,” said Matt J. Whitworth, acting U.S. Attorney for the Western District of Missouri. “The conduct of these defendants in violating federal health and safety standards caused the deaths and illness of thousands of family pets, as well as anxiety among dog and cat owners across the country and economic harm to many pet food manufacturers.”

Choosing Integrity to Do Things Right

Analytical laboratories are a key component to this process. Many product facilities are demanding suspected materials be analyzed using Fourier Transform Infrared Spectroscopy (FTIR) testing to asses the purity of the product.

The ingredients and chemicals used as an adulterant have distinct FTIR spectra. According to NOW Foods, Michael Lelah, PhD and Katrina Emmel, PhD, it is possible to identify peaks that exist in the adulterants but not the raw materials.

They state that one of the advantages for using FTIR analysis to screen for adulterants is that it is adaptable to adulterants in multiple chemical classes and the raw materials that are at risk of containing them. (Source: Natural Products INSIDER)

In the case of the tainted wheat gluten, pet food manufacturers recalled more than 150 brands of dog and cat food across the nation in 2007. Had the wheat gluten undergone FTIR testing prior to its purchase, the anxiety and distrust this deception created among pet owners and the public could have been avoided.

Using FTIR testing to establish purity of product can only enhance quality control. With controls in place, companies can ensure the public’s trust by confidently selling high-quality products.

Stay up to date on all the latest news regarding materials analysis techniques like FTIR testing by subscribing to the Innovatech Labs Resource Center.