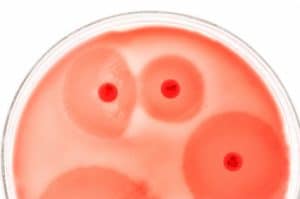 According to the National Institute of Health, 48 million people in the U.S. get sick from contaminated food each year. Harmful bacteria are the most common cause of food borne illness. (Source: NIH) Microorganisms, such as bacteria, yeasts and molds, can cause food spoilage and deterioration during food production.

The American Meat Institute conducted research that suggests food processing plant floors are hotbeds for bacteria, reporting 39% positive bacteria swab readings in a recent study. Dangerous bacteria can be found on food processing equipment or floating around in the air inside the plant. Detecting bacteria is a major concern for processing plants.

Using Fourier Transform Infrared spectroscopy (FTIR testing) the researchers were able to detect undesirable microorganisms in finished products and trace them back to the various steps in the production process.

While FTIR testing has been around a long time, according to Henri-Pierre Suso, an Elopak researcher, no one previously had used the method for identifying food contaminants.

A key component of the project was developing a database of approximately 20,000 spectral profiles of different microbes. “Whenever we found an unknown microbe, we took a spectral reading of it, and then we compared its profile with those already entered in the database,” said Suso.

There are currently a number of methods used for locating sources of contamination in the food industry, but Suso is certain that FTIR testing is the most cost-effective solution. “It is a very precise and high-capacity method, with the additional advantage that technicians don’t need to be specialists in mycology in order to identify the microorganisms,” he added. (Source: ScienceDaily)

In another study, funded by the FDA, researchers concluded that FTIR testing offers options for rapid discrimination, classification and identification of intact microbial cells. The study indicated that FTIR spectroscopy has great potential in the food industry as a rapid and cost-effective pathogen identification method. (Source: QuantaSpec)

Companies in all industries are seeking ways to determine precise material composition, identify contaminants and provide better quality control when it comes to their products. FTIR makes precision in that pursuit possible.

Stay up to date on all the latest news regarding materials analysis techniques like FTIR testing by subscribing to the Innovatech Labs Resource Center.