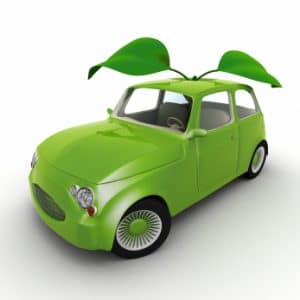 To bring attention to the need for alternative biofuels, the National Biodiesel Board (NBB) has a new tool to drive education efforts inAmerica. NBB member, CIMAGreen, partnered with Paul Teutel Sr. and Orange County Choppers to craft a high-performance diesel motorcycle that they then donated to the NBB as a promotional resource.

“People are drawn to the motorcycle, and it gives us an opportunity to talk to them about the advantages of biodiesel,” said Jessica Robinson, NBB’s Director of Communications. “Whether they are in the petroleum industry, agriculture, trucking, or just the general public, this has been an opportunity to put biodiesel top-of-mind and get people thinking about alternative energy.”

The four primary driving forces behind biofuels are the world’s increasing thirst for petroleum (80 Mbarrels/day), the diminishing supply of fossil fuels, global warming and the desire to reduce human dependence on fuel imports.

Most biofuels are produced by straightforward manufacturing processes, are readily biodegradable and nontoxic, have low emission profiles and can be used “as is” or blended with conventional fuels.

To ensure reliable quality of biodiesel as it gains widespread acceptance, ASTMInternational adopted ASTMD 6751. The standard is designed to protect current engine components, thus gaining engine manufacturers’ support and ensure that an engine using the fuel meets environmental regulations. In mid-June 2008, ASTMInternational approved a new standard for biodiesel blends between B6 and B20 for on- and off-road diesel.

Among the many parameters controlled by this standard are the concentrations of sodium, potassium, magnesium and calcium in the biodiesel. These impurities are incorporated into the biodiesel during the production process.

Sodium, potassium, calcium and magnesium, if present in biodiesel at high enough levels, can form solid deposits in engines. Because of this, most countries and regions, including theU.S., the European Union andBrazil, have regulations specifying the maximum allowable concentrations in biodiesels. This tends to be 5.0mg PPM for the total of sodium and potassium cations and the same for the total of calcium and magnesium cations.

According to scientists at theUniversityofCampinasinBrazil, ion chromatography could be a cheap and convenient way to determine the levels of the four cations that commonly contaminate biodiesel.

Matthieu Tubino, at the Universityof Campinasin Brazil, has been working on an ion chromatography technique to test for all four cations. He used ultrasound to extract the cations from the biodiesel before using ion chromatography to monitor levels and, after positive results, has been submitted the method to the Brazilian regulatory authorities for approval as an alternative procedure for measuring the four cations in biodiesel.

Stay up to date on all the latest news and updates regarding materials analysis techniques like FTIR testing by subscribing to the Innovatech Labs Resource Center.