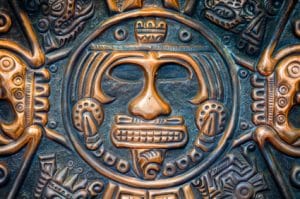 It may not come as a surprise to you that Mayans used tobacco. The history of the Americas depicts Indian sects in a variety of smoking rituals. We have pictorial evidence that the Maya smoked tobacco in large pipes or a crude form of our modern cigar. This discovery, however, is the first time it has been proved with chemical evidence using GC/MS.

Jennifer Loughmiller-Newman of the University at Albany and Dmitri Zagorevski of Rensselaer Polytechnic Institute found evidence from studied scrapings of a potent tobacco in one 1,300-year-old container. Their research first appeared in the journal Rapid Communications in Mass Spectrometry, in an article titled “The detection of nicotine in a Late Mayan period flask by GCMS and LCMS methods,” and has been referenced in online magazines, such as ScienceDaily.

This first physical evidence of tobacco use in the Mayan culture is important because it represents a new method to understand the ancient roots of tobacco in the Americas.

Problems with Preservation and Cross Contamination

Among the potential problems with isolating a residue for analysis is preservation and contamination. Many vessels served multiple purposes during their lives, resulting in muddled chemical data. Once the vessels are discarded, natural processes, such as bacteria and water, can destroy the surface of materials, erasing important evidence.

Additionally, researchers must be attentive to archaeological field handling and laboratory treatment of the artifacts that might lead to cross contamination by modern sources.

Gas chromatography identifies and quantifies unknown compounds. The researchers were able to classify the chemical “fingerprint” of the tobacco and make their discovery. Deciphering the components of a sample can be challenging, especially with artifacts, as ancient vessels often contain traces of other substances that can mask its original purpose, such as iron oxide, which was used for burial rituals.

In GC/MS, the sample is injected into a gas chromatograph which volatilizes the sample, then separates the various components of the sample based on size and/or polarity. The separated components then go into a mass selective detector. The resulting mass spectrum allows for the identification of the components using standard reference libraries, which the researchers were able to accomplish.

The discovery represents the oldest physical evidence of tobacco use, dating back to 700 AD and the height of the Mayan civilization.