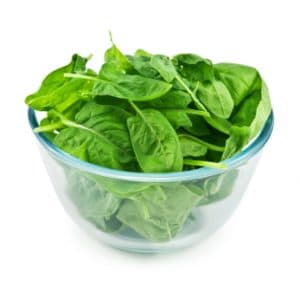 Most of us were exposed to the concept of photosynthesis in our early education. As adults, it’s unlikely that we think much about how the plants that surround us supply us with oxygen. But, if you’re a scientist, you may be intrigued by the complex process plants use to harness the sun’s energy. Recently, Fourier Transform Infrared Spectroscopy (FTIR) was used to shed light on how plants extract water from oxygen.

According to an article from Science Daily, researchers at Georgia Tech tested the idea that a network of hydrogen-bonded water molecules act as a catalyst in the process that generates oxygen. Graduate student, Brandon Polander, set up the FTIR testing experiment using a green laser light to excite every-day supermarket spinach. His purpose was to show the importance of a hydrogen-bonding water network working within the photosynthetic process.

“By substituting ammonia, an analog of the water molecule that has a similar structure, we were able to show that the network of hydrogen-bonded water molecules is important to the catalytic process,” said Bridgette Barry, a professor in Georgia Tech’s School of Chemistry and Biochemistry and the Petit Institute for Bioengineering and Biosciences. “Substituting ammonia for water inhibited the activity of the photosystem and disrupted the network. The network could be reestablished by addition of a simple sugar, trehalose.”

The precision of FTIR spectroscopy allowed Polander and Barry to describe how the network reacts to a short laser flash. An infrared spectrum was recorded before and after a laser flash to the photosystem sample, which was isolated from the spinach.

The brief laser flash oxidized a manganese ion and caused a change in the strength of the C=O bond, which recorded an increase in hydrogen bonding to water molecules. When ammonia was added as an inhibitor, a decrease in C=O hydrogen bonding was seen instead. Addition of trehalose, which is known to change the ordering of water molecules at the surface of proteins, blocked this effect of ammonia.

Barry stated that they would like to study the entire reaction cycle in which oxygen is produced. This test represented only a single part of the overall reaction. Ultimately, she hopes that researchers will explore the full water oxidizing cycle which could lead to new techniques for producing hydrogen and oxygen using sunlight.

Stay up to date on all the latest news and updates regarding materials analysis techniques like FTIR testing by subscribing to the Innovatech Labs Resource Center.