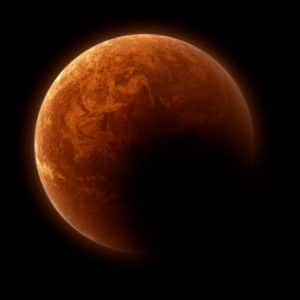 In 1877, Italian astronomer, Giovanni Schiaparelli, was making telescopic observations of Mars when he discovered what appeared to be natural features of the Mars surface which he called “canali,” an Italian word meaning “channels.” This term was mistranslated into English as “canals.” Over time, a myth grew that Martians existed who built these canals. Ever since, our world has held a fascination for Martians and Mars.

Science has followed up on this fascination with unmanned space flights to Mars that began in the 1960s. The last popular speculations about canals were finally put to rest when visiting spacecraft, such as Mariner 4, photographed the surface with much higher resolution than Earth-based telescopes, confirming that there are no structures resembling “canals.”

The purpose of a TES was to measure the thermal infrared energy (heat) emitted from Mars. This technique, called thermal emission spectroscopy, can tell us much about the geology and atmosphere of the Red Planet. TES data provided the first detailed look at the composition of Mars and was one of five instruments on the Mars Global Surveyor spacecraft launched in November 1996.

The TES instrument systematically measured and monitored the Martian surface and atmosphere throughout all phases of the mission. It collected over 206 million infrared spectra, and the TES bolometer was in continual full-time use throughout the entire 10-year mission.

In India, a mission to Mars is taking shape with space scientists proposing 10 experiments, mostly related to the study of the Red Planet’s atmosphere. Of the ten instruments proposed, three utilize Infrared Spectroscopy.

Probe For Infrared Spectroscopy for Mars (Prism) will study certain aspects of the Martian atmosphere and “spatial and seasonal variations of these gases over the lifetime of the mission.”

TES will measure thermal emissions from the surface of the planet. Its primary science goals include mapping the surface composition and mineralogy of Mars and understanding the dynamics of the Martian atmosphere by monitoring carbon dioxide levels.

A Mars Radiation Spectrometer (Maris) can measure and characterize charged particle background levels during the cruise and orbit phase of the spacecraft. This instrument will play an important role for a possible future human mission to Mars as it will determine radiation exposure doses.

FTIR testing provides chemical information that is relevant to a number of Mars science questions. This includes mineralogical analysis, nitrogen compound recognition, truth testing of remote sensing measurements and the ability to detect organic compounds. The challenges and scientific opportunities are a given for the in situ FTIR analysis of Mars soil and rock samples, but scientists are up to the task.

Do you want to learn more about infrared spectroscopy? Check out these helpful FTIR analysis sampling techniques.