You are here: Home / Newsroom / Articles on Ion Chromatography / Which IPC Method is Best for You? 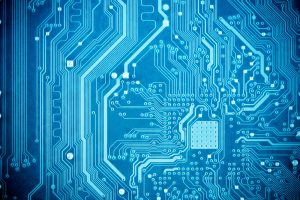 As technology advances, increasingly sophisticated manufacturing techniques are required for printed circuit boards (PCBs) found in automotive and consumer electronics. Both handling and chemicals used in processing can create ionic contamination. Corrosion can lead to product failure or costly retooling, which is why determining the cleanliness of PCBs used in manufacturing is critical.

Ion chromatography (IC analysis) plays a crucial role in the analytical process because of the additional information it provides. For example, surfactants, saponifiers, fluxes and residues leave behind ionic contamination “signatures.” Certain compounds will leave behind specific anions or cations that can lead back to the source of the contamination.

There are two primary methods recommended by IPC (formerly the Association Connecting Electronics Industries) to determine the cleanliness of PCBs: Resistivity of Solvent Extract (ROSE) and Ionic Analysis of Circuit Boards. Both methods extract the PCB’s using a mixture of isopropyl alcohol and deionized water. ROSE measures resistivity of the extract whereas ionic analysis uses IC analysis to measure the levels of each ionic species present.

The IPC publishes the most widely used acceptability standards in the electronics industry. The IPC ROSE specification determines only pass/fail levels for ionic contamination. In the ROSE method, the sample is compared against the equivalent of 10 micrograms of NaCl. This method was designed for use with high solids rosin based fluxes. Other types of fluxes, such as No Clean, Low Solids, Organic Acid or Inorganic fluxes need IC to determine the level of residual flux present on the device. As the critical levels of ionic contamination creep lower and lower with advances intechnology, flux is no longer the only concern as a source of ionic contamination. Using the Ionic Analysis of Circuit Boards method allows the manufacturer to see exactly what ionic species are present on the product so that corrective actions can be taken to reduce the levels present.

The ionic species that can are typically identified and quantified using this method include:

Contact Innovatech Labs to help you track down the source of contamination on your PCB’s using the ICP-TM-650 2.3.28 method and IC analysis.