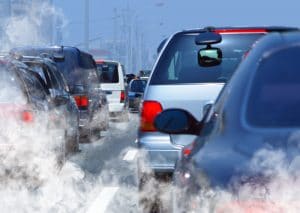 Evaluating health risk from air pollution using advanced monitoring methods, such as ion chromatography, or IC analysis, is the purpose of a research experiment that was launched last month in Kathmandu, Nepal. Environmental health scientist Rick Peltier from the University of Massachusetts Amherst is using X-ray fluorescence spectrometry (XRF) to measure air pollution metal content and IC analysis to identify other chemicals in order to assess organic and elemental carbon levels.

IC analysis measures concentrations of major anions, such as fluoride, chloride, nitrate, and sulfate, as well as major cations such as lithium, sodium, ammonium, potassium, calcium and magnesium. Concentrations of organic acids can also be measured using IC analysis. XRF is used in a wide range of applications, including metallurgy and the analysis of particulate matter on air filters.

Peltier, armed with IC analysis and XRF, plans to be the first to demonstrate –  in a real-world setting – that air pollution can and should be regulated based on toxicology variables instead of just the volume of particles in the air as is the current standard established by the Environmental Protection Agency (EPA).

“We’re interested in how air pollution directly affects health,” Peltier asserts. “The current regulatory method doesn’t take into account the relative toxicity of components, that is the specific chemical makeup of the air we breathe. There has been a void in the science in this field. But with this experiment, for the first time we’ll have biological measurements coupled with high-quality air pollution measurements in a cohort of traffic police exposed to extreme levels of pollution.”

Currently, the EPA monitors air quality components every three days at 350 stations across the United States. No such sites exist in Nepal. Los Angeles may see 40-50 micrograms of particulates per cubic meter on a poor air quality day, Peltier says, yet in Kathmandu the level can be 800-900, or roughly 20 times worse.

Following a group of 32 traffic control officers who work outdoors in Kathmandu, researchers are recording air quality during the cold dry winter from January into March, as well as during the hot rainy monsoon season from June to August, when air pollution levels are lower.

“Unfortunately, the Kathmandu metropolitan area has quite poor air quality, and it’s in a valley so it is a persistent problem,” notes Peltier. “We hypothesize that toxicity is related to the chemical components of pollution. We know this is true in a Petri dish, but now we’ll be able to measure it in study subjects.”

To stay up to date on IC analysis and the latest industry news, subscribe to the Innovatech Labs Resource Center or contact us today.