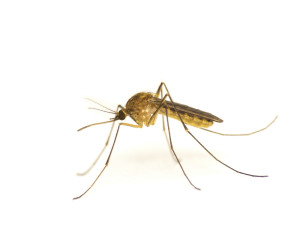 Threatening about half of the global population and causing over 660,000 deaths per year, mainly of young children in Africa, malaria is an infamous mosquito-borne disease. However, there are many other species of mosquito which can be equally as deadly at transmitting diseases like West Nile virus, Rift Valley fever virus and Dengue fever.

Fortunately, gas chromatography/mass spectrometry or GC/MS analysis is now being used to distinguish dangerous species of mosquitoes. Researchers were able to classify the chemical “fingerprint” of the mosquitoes in order to identify species in Saudi Arabia, which has implications for population health worldwide.

The kingdom of Saudi Arabia currently carries out mosquito control programs, but they wanted to target dangerous species while saving time and money. The problem, however, is that it’s difficult to tell one species of mosquito from another using physical examination alone. That’s where GC/MS analysis comes into play.

According to a new article, scientists at King Saud University in Riyadh suggested that GC/MS analysis of the pheromones, the chemical secreted by the mosquitoes, could help scientists classify mosquito species. Pheromones are present in the outermost layer of the insects, known as the cuticle.

In a report published in the Journal of Mass Spectrometry, principal author Mohamed Sallam described how the research team collected larvae of eight species of mosquito and raised them in the lab. Newly emerged unfed female adults were selected and pinned down under desiccation and dried out thoroughly. Three specimens of each species were individually extracted with hexane. They then examined the cuticular hydrocarbon profiles of these mosquitoes using GC/MS analysis. A total of 146–160 peaks were detected by gas chromatography.

Of the eight species examined, five species representing three genera could be distinguished: Culex pipiens, Culex quinquefasciatus, Culex tritaeniorhynchus, Stegomyia aegyptii and Anopheles stephensi. All five species are vectors of Rift Valley fever virus. Researchers concluded that the ease and speed of the GC/MS analysis lends itself to routine testing which allows a wide range of adult collected material to be identified with high accuracy. This helps public health officials identify mosquito populations and act accordingly.

Learn more about GC/MS Analysis with an overview of how it’s used and how it’s done.