You are here: Home / Newsroom / Articles on Ion Chromatography / Is Cheap Tea Rotting Your Teeth? 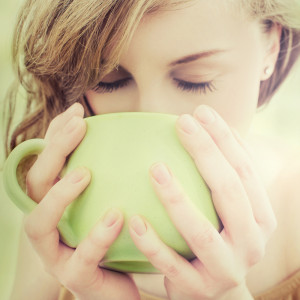 Scientists in England, a major importer of tea, conducted a study using ion chromatography to discover that many less expensive teas contain high levels of fluoride. The Daily Telegraph reported that excess fluoride can lead to a condition called “fluorosis” which causes discoloration of the teeth, bone pain and stiffness.

According to the Centers for Disease Control and Prevention, low levels of fluoride can stop or even reversing the tooth decay process because it helps keep tooth enamel strong and solid. On the other hand, fluorosis, caused by consuming an excess of fluoride, can damage the enamel. Providing a case report of a U.S. woman who had been drinking 6.5 pints of tea daily since the age of 12, the study showed that she experienced significant bone damage due to her excessive tea consumption.

Where’s an Ion Chromatographer When You Need One?

Ion chromatography analyzed fluoride levels in 38 teas, mostly from UK supermarkets. Knowing that previous research found that consuming tea with high levels of fluoride was connected to dental and bone problems, the researcher chose to utilize ion chromatography in order to assess users’ exposure to fluoride from their consumption of tea in the UK.

Concluding that drinking cheap tea may exceed recommended fluoride levels, the researchers warned that all  tea products should be considered as a source of fluoride. Supermarkets and manufacturers of tea should consider stating fluoride concentrations on food packaging, they wrote.

What do you do if premium teas are not in your budget? Limit consumption. Official guidance doesn‘t exist, but most experts suggest drinking no more than three mugs of tea a day.

To stay up to date on ion chromatography and the latest industry news, subscribe to the Innovatech Labs Resource Center or contact us today.