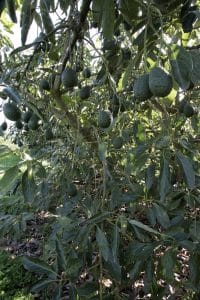 Gas chromatography-mass spectrometry or GC/MS testing is currently the main weapon being used in the battle against a beetle that is threatening avocado trees in the U.S. The Redbay Ambrosia beetle is an insidious pest which is spreading Laurel wilt disease (caused by the fungus Raffaelea lauricolato) to the Carolinas, Florida and Mississippi. The beetle was likely introduced to the U.S. via untreated wooden packing material, such as crates and pallets, imported from Southeast Asia, the beetle’s original territory.

Laurel wilt fungus is almost 95 percent fatal to avocado and redbay trees. The U.S. Department of Agriculture (USDA) fears that major avocado producing areas, such as Mexico and California, are in danger. California has the largest avocado industry in the U.S. With around 6,000 avocado growers in California, farming around 66,000 acres, and the Hass avocado harvest valued at over $300 million, the Laurel wilt fungus would present a daunting economic challenge to avocado growers.

GC/MS testing is being used by scientists at the Agricultural Research Service (ARS) in a process aimed at reducing the rate at which the disease is spreading. Working out of the Subtropical Horticulture Research Station (SHRS) in Miami, Paul Kendra’s team at the ARS is looking for chemical attractants for beetle snares.

Research shows that this type of beetle “sniffs out” volatile compounds, like other bark beetles. With this in mind, the scientists compared the amount of beetles attracted to phoebe and manuka oil lures, bolts of wood from lychee trees and from three species of avocado trees. In laboratory tests, the scientists performed “choice” experiments by placing avocado and lychee wood on either ends of a plastic bin and putting the beetles in the center to determine which wood they preferred.

Performing GC/MS testing to analyze which compounds were released by the two types of wood, the scientist found that lychee was the most attractive wood to the beetles with no clear preference among the three types of avocado trees. The GC/MS testing found a total of 29 compounds, of which three attracted the beetle. Further GC/MS testing revealed that the lychee wood had a significant amount of these three compounds. In the same manner as roses are planted in grape vineyards to warn of infestations, lychee trees could be planted in avocado groves to lure the beetles away from the avocados.

GC/MS testing has many applications outside of the agricultural sector. For instance, in the manufacturing industry, GC/MS is used to detect residual solvents trapped in a product either from the production line or cleaning process, trace levels of impurities in liquids, or atmospheric impurities in a sealed environment.