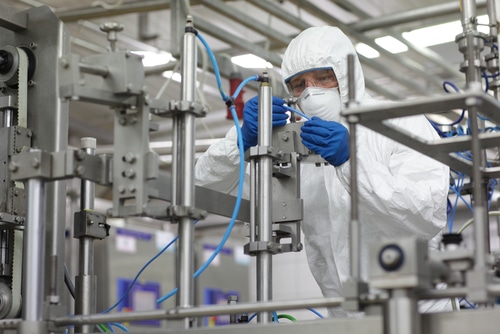 Last October, the Food and Drug Administration (FDA) released a shocking report that detailed the hideous conditions inside a Massachusetts pharmaceutical lab, as reported in the New York Times. The lab was the source of a nationwide outbreak of meningitis that killed 25 people, made 313 ill, with as many as 14,000 people having been exposed.

The federal inspectors discovered greenish-yellow residue on sterilization equipment and surfaces coated with mold and bacteria. FTIR analysis is commonly used to detect the presence of contaminants on material surfaces.

Pharmaceutical Lab Out of Control

Between January and September of last year, the company’s own internal inspectors discovered surfaces in the clean rooms that were not at all clean. In fact, the area was so tainted it actually exceeded the levels the company had set for when remedial measures were required. In some cases, there were so many bacteria or fungi in a sample that the whole testing dish was overrun with so-called overgrowth.

The inspection report offered the clearest indication yet, that the fungus which contaminated the company’s vials of methylprednisolone acetate, an injectable pain medicine, may have gotten there because of the company’s own poor practices.

Inspectors said that 83 out of 321 vials from one of the lots linked to the meningitis outbreak contained “greenish black foreign matter” and another 17 vials had “white filamentous material.”

FTIR analysis is often used to test for surface contamination because it provides:

The tiny sample size allows for cost effective identification of particles, residues, films or fibers. FTIR analysis can also measure levels of oxidation or degrees of cure in some polymers as well as measuring the level of contaminants or additives.

Unknown materials are identified by searching the spectrum against a database of reference spectra.  Materials can be quantified using the materials characterization as long as a standard curve of known concentrations of the component of interest can be created.

In the case discussed, FTIR analysis would have revealed that the surfaces were contaminated with either bacteria or mold.

To stay up to date on FTIR analysis and the latest industry news, subscribe to the Innovatech Labs Resource Center or contact us today.