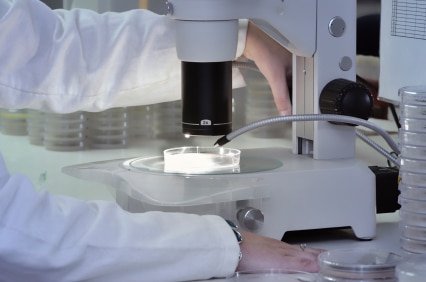 Did you know that there was a Sherlock Holmes of France? His name was Dr. Edmond Locard, born in 1877, a criminologist and pioneer in forensic fiber analysis. In 1910, Locard created the world’s first forensic laboratory in an attic above the police department.

Locard is most  famous  for his formulation of Locard’s Exchange Principle. Stating that “every contact leaves a trace,” Locard showed that when two objects come into contact with one another, each will take something from the other object or leave something behind. In forensic fiber analysis, this is referred to as trace evidence.

Trace evidence is minute material found at a crime scene that can identify or link a suspect to a crime. Fibers represent trace evidence often found in cases where there was person-to-person contact. Whenever a fiber found on the clothing of a victim matches the known fibers of a suspect’s clothing, it can be a significant event. The discovery of cross transfers and multiple fiber transfers between the suspect’s clothing and the victim’s clothing dramatically increases the likelihood that these two individuals had physical contact.

Analysts often have few fibers to work with—sometimes just one. Fibers are laid side by side for visual inspection through the microscope. Trace evidence is then compared against fibers from a suspect source, such as a car or home. Physical features such as length, color, diameter, luster, and damage should be noted.

Dyes can also be further analyzed with chromatography, using solvents to separate the dye’s chemical constituents. Matching dyed fibers can be very meaningful, whereas matching of more common fibers, such as white cotton is less significant. Turning points in solving the crime lie in the analyst’s ability to narrow the sources for the type of fiber found.

Given the vast range of variability within the field of potential fibers that have to be identified, using standardized procedures brings order and dependability to forensic fiber analysis.

Interested in forensic analysis? Read this blog to discover how chemists, biologists and researchers are all involved in investigative chemistry.