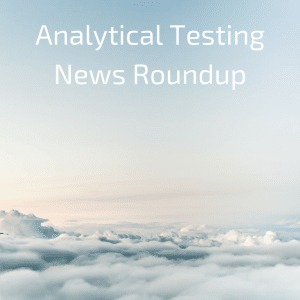 Here we roundup some of the most interesting and cool bits of news and research featuring analytical testing methods such as Fourier transform infrared spectroscopy (FTIR) analysis and gas chromatography mass spectrometry (GC/MS)in action:

For many people, the smell of old books is a glorious and intoxicating smell. As it turns out, all books age differently, and depending on where the paper was made and printed—they can give off different smells.

According to ZMEScience.com, researchers at the University College London set out to classify the smells of old books—and started at St. Paul’s Cathedral, a library that is famous for its smell.

To conduct their study, scientists sampled air from various locations in the library and then used gas chromatography mass spectrometry (GC/MS) to identify the volatile compounds or odors in the air, the article said.

Among some of the compounds found was hexanal—which contributes to the earthy, musty or moldy smell. Another compound was limonene, which has a citrus or fruity smell.

2. A New Project Aims to Recreate the Study ‘Space Between Stars’

A team of researchers at the Imperial College London are launching a new project to learn more about how stars, solar systems and galaxies are formed—and Fourier transform infrared spectroscopy (FTIR) will be an important tool.

According to the college, the aim of the project is to use synthetic chemistry to create several aza-polycyclic aromatic hydrocarbons (aza-PAHs) that are proposed to be part of the interstellar medium (ISM). These compounds are very rare on Earth.

“We are planning to create synthetic aza-PAHs in the laboratory and study them using a device called Fourier Transform Infrared Spectroscopy (FTIR), which uses light in the infrared spectrum to study molecules in detail,” researchers said in the article. “Currently, astronomers use infrared instruments to study the ISM. We plan to make a direct comparison between our [synthesized] samples and the actual ISM. This will help us to reveal the nature and distribution of the organic building blocks of the cosmos and its planetary systems.”

3. GC/MS Makes an Appearance in a Fiction Crime Novel

And what’s one of Rhyme’s go-to investigative tools? A gas chromatograph/mass spectrometer.

“Rhyme uses his trusty gas chromatograph/mass spectrometer to analyze the evidence that his band of science geeks brings to the lab in his Manhattan townhouse,” the newspaper wrote.

Read the full The New York Times article, or check out this review by Jeff Ayers at the Associated Press.

4. The Utility and Versatility of FTIR Testing

FTIR has origins that date all the way back to the early 19th Century. Today, FTIR testing and analysis is a go-to analytical testing tool with a wide range of applications—something you’ve likely come to know if you’re regularly reading our Analytical Testing News Roundups.

Colorectal cancer is one of the most common causes of death, and cases are increasing in developed countries. As a result, researchers are working hard to develop new methods for detecting the cancer earlier.

Earlier this year, an Israel-based biotech company announced that it’s in the early stages of testing FTIR as a viable colorectal detection method. Now a group of Japanese partners is employing GC/MS.

According to Drug Target Review, Shimadzu Corporation, the Kobe University Graduate School of Medicine, and the National Cancer Centre in Japan have collaborated to develop a new screening method that comprehensively analyses the metabolites in our blood.

The team used GC/MS and clinical metabolomic analysis to analyze serum samples from cancer patients and healthy subjects. This tandem approach allowed them to identify four metabolite markers that can be used to diagnose colorectal cancer, the article said.