You are here: Home / Newsroom / GC/MS Analysis Archive / Gas Chromatography: To Infinity and Beyond 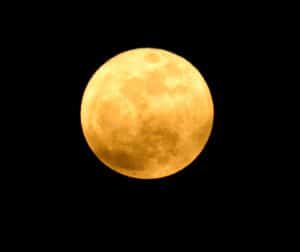 Imagine yourself working in a space station on Titan, Saturn’s largest moon. You’ve just taken some soil and atmospheric samples and are sending them “overnight” to our lab for analysis. They will then be injected into our gas chromatograph for GC/MS testing. Sounds like an exciting phase of your career!

This science fiction scenario is being played out on Titan now, as you do your job here on Earth, minus the human element. With its thick atmosphere and organic-rich chemistry, Titan resembles a frozen version of Earth, several billion years ago, before life began pumping oxygen into our atmosphere.

On its journey to Saturn, the Cassini spacecraft carried the European-built Huygens probe. OnJanuary 14, 2005, Huygens achieved humankind’s first landing on a body in the Outer Solar System when it parachuted through Titan’s murky skies.

Huygens took measurements of atmospheric composition and wind speeds during its descent, along with an incredible series of images showing telltale patterns of erosion by flowing liquid. The probe came to rest on what appeared to be a floodplain, surrounded by rounded cobbles of water ice.

Among the many instruments aboard the Huygens probe is the GC/MS, which was developed by NASA Goddard Space Flight Center’s Planetary Environments Laboratory. The GC/MS is being used to study the chemical composition, origin and evolution of Titan’s atmosphere.

GC/MS has been used on space missions since the Mars Viking missions in the mid-seventies. Mass spectrometers are now widely used in space missions to measure the composition of plasmas.

Set to launch in 2013, a new Mars mission, dubbed MAVEN (The Mars Atmosphere and Volatile Evolution Mission), will utilize a Neutral Gas and Ion Mass Spectrometer (NGIMS) to determine the role that the “loss to space” of volatile compounds, such as CO2, NO2 and H2O, from the Mars atmosphere has played over time, giving insight into the history of the Martian atmosphere and climate, liquid water and planetary habitability.

If you are looking for something closer to home, NASA launched the National Polar-orbiting Operational Environmental Satellite System (NPOESS) on November 4, 2011. This is a next- generation weather satellite.

One of the five analytical instruments the satellite carries is the Cross-track Infrared Sounder (CrIS), a Fourier transform spectrometer with 1305 spectral channels, which will produce high-resolution, three-dimensional temperature, pressure and moisture profiles.

Read this blog to learn how gas chromatography can be used to measure variants in extra virgin olive oil.