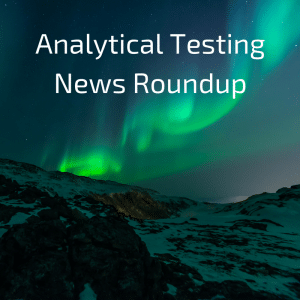 Scientists, researchers and companies all over the world use analytical testing and chemistry techniques every day to make interesting, groundbreaking discoveries.

Here we round up some recent interesting and cool bits of news and research featuring analytical testing methods such as FTIR analysis and various chromatography methods in action.

In October 2015, residents and staff members at a Wyoming correctional facility fell ill with an unusual gastrointestinal illness. The cause? Rancid tortilla chips and other food items.

According to FoodQualityNews.com, this was an unusual outbreak because was not caused by a typical foodborne pathogen. In this case, rancidity—which is marked by the presence of hexanal and peroxide—was the culprit.

To analyze the food samples and determine the cause, researchers had to use alternative testing methods, including gas chromatography mass spectrometry (GC/MS).

2. Is Stevia a Natural Sweetener?

These days, stevia—a plant originally from South America—is often used as a sweetener or sugar substitute in food and drinks. But many have wondered if the plant is really a natural and safe sweetener.

According to Chromatography Today, a team of scientists from University of Bonn in Germany recently conducted research to find some answers. After analyzing three batches of stevia, the team turned to high performance liquid chromatography (HPLC)—using both reverse phase (RP) columns and hydrophilic interaction chromatography (HILIC)—to analyze the compounds in the plant.

What did they find?

“The team could identify eight of the steviol glycosides using RP-column and rebaudioside-D using HILIC,” the publication reported. “The analysis shows that the steviol glycosides molecules are not modified by the manufacturing process—giving evidence that high purity stevia leaf extracts are indeed natural.”

3. What Does Your Phone Say About You?

For many of us, our phones have become an important part of who we are—and they may actually say something about who we are.

According to the Daily Mail, researchers at the University of California recently published a study that showed swabbing someone’s phone revealed a wealth of information about them—and could become a forensic tool for criminal investigations.

“Such chemical profiling could reveal details such as the cosmetics a person uses, and their diet, which could be enough to build up a bigger picture,” the publication wrote.

The study abstract says the research and findings introduces the concept “skin-associated lifestyle chemistries,” with mass spectrometry being the recommended approach to illuminating chemical traces.

4. Is Hair Testing for Drug Use Reliable? Some Say No

Hair testing for drug use has been around since the 1980s, but it appears to becoming more mainstream—and some critics say the results may not paint an accurate picture.

According to the Scientific American, findings from a Quest Diagnostics report showed that workforce drug use had reached a 10-year high. To reach this finding, the company studied 10.5 million drug tests that it had conducted for employers in 2015.

But, according to the article, while most of the tests used urine or saliva, 200,000 were performed on hair—and those tests showed the greatest increase.

Current testing methods use GC/MS to identify any drug metabolites that may be present. And while the results may be accurate, critics argue that hair—especially darker hair types—can absorb contaminants from the environment around them. Thus, not necessarily indicating someone purposefully ingested a drug substance.

5. How Gemologists Use FTIR to Classify Diamonds, Identify ‘Fakes’

Have you ever wondered what actually makes a diamond a diamond? Or how gemologists are able to identify the real deals?

As it turns out, FTIR, or Fourier transform infrared spectroscopy, is a standard technique used in gemology labs. In a recent article, Innovatech Labs explores how FTIR is used in the jewelry world.