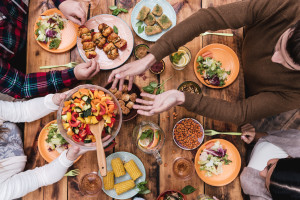 Food adulteration, or food fraud, has emerged as a hot news topic in recent years, but it’s certainly not something new.

According to History.com, humans have been altering food since prehistoric times to increase longevity and improve taste. But overtime adulterating food, which often involves adding fillers or additives, has transformed into something that could be done for economic gain.

“During the Middle Ages [in Europe], imported spices were quite valuable,” History.com explains. “Due to their high prices and limited supply, merchants sometimes combined spices with numerous cheap substitutes such as ground nutshells, pits, seeds, juniper berries, stones or dust.”

Today, the United States and countries all over the world have food safety laws and authorities that enforce those laws. Unfortunately, food adulteration is still happening. Foods that are often in the spotlight because of this fraud include olive oil, cheese, meats and powdered milk.

However, while food adulteration still happens, it’s not being ignored. Analytical testing methods are proving to be helpful tools in identifying adulteration.

Adulterated extra virgin olive oil is a huge problem. In fact, fraud has become so pervasive that in October 2010, the USDA issued its first new Standards for Grades of Olive Oil and Olive-Pomace Oil since 1948. These new standards require specific methods of analysis for determining characteristics of olive oil—and GC/MS is one such method.

GC/MS analysis is a technique that’s used to separate, identify and quantify all of the compounds within a sample. When it comes to olive oil, the technique can be used to establish the levels of fatty composition and total sterol content.

In addition, FTIR analysis can also be used to test olive oil. FTIR analysis identifies organic and inorganic materials on the surface of a sample based on their absorbance of infrared light. In an olive oil analysis, FTIR can detect suspicious functional groups using a fingerprint approach, according to AZO Materials.

News reports earlier this year revealed that some parmesan cheese may not be 100% real, and could contain fillers such as cellulose or less expensive cheeses.

But scientists are now reporting that gas chromatography-mass spectrometry (GC/MS) is a useful tool in identifying fake parmesan, according to SpectroscopyNow.

Scientists recently analyzed more than 300 cheese samples using a GC/MS method to see if it could distinguish between cheeses made with milk from cows that were or weren’t fed silage.

While some food companies continue to intentionally alter foods, many other companies want to comply with food quality and safety regulations—and have a rigorous quality control process to protect consumers. The same analytical techniques that can identify counterfeit foods, can also be used to identify unintentional contaminants.

For example, FTIR analysis can be used to detect undesirable microorganisms in finished products and trace the contamination back to a step in the production process.