What is ion chromatography?

Ion chromatography (IC) analysis is a simple, fast and accurate way to ensure that your product is clean, safe and of the highest quality using the separation and quantification of anions and cations using High Performance Liquid Chromatography (HPLC) and a conductivity detector. HPLC is an analytical technique based on the separation of the components of a mixture in solution by selective adsorption. There are basically three modes of separation: liquid/liquid, liquid/solid, and molecular size. Once the components have been separated, they are measured by a conductivity detector.

Learn about Innovatech Lab’s ion chromatography lab services or contact us to speak with one of our highly skilled analysts. 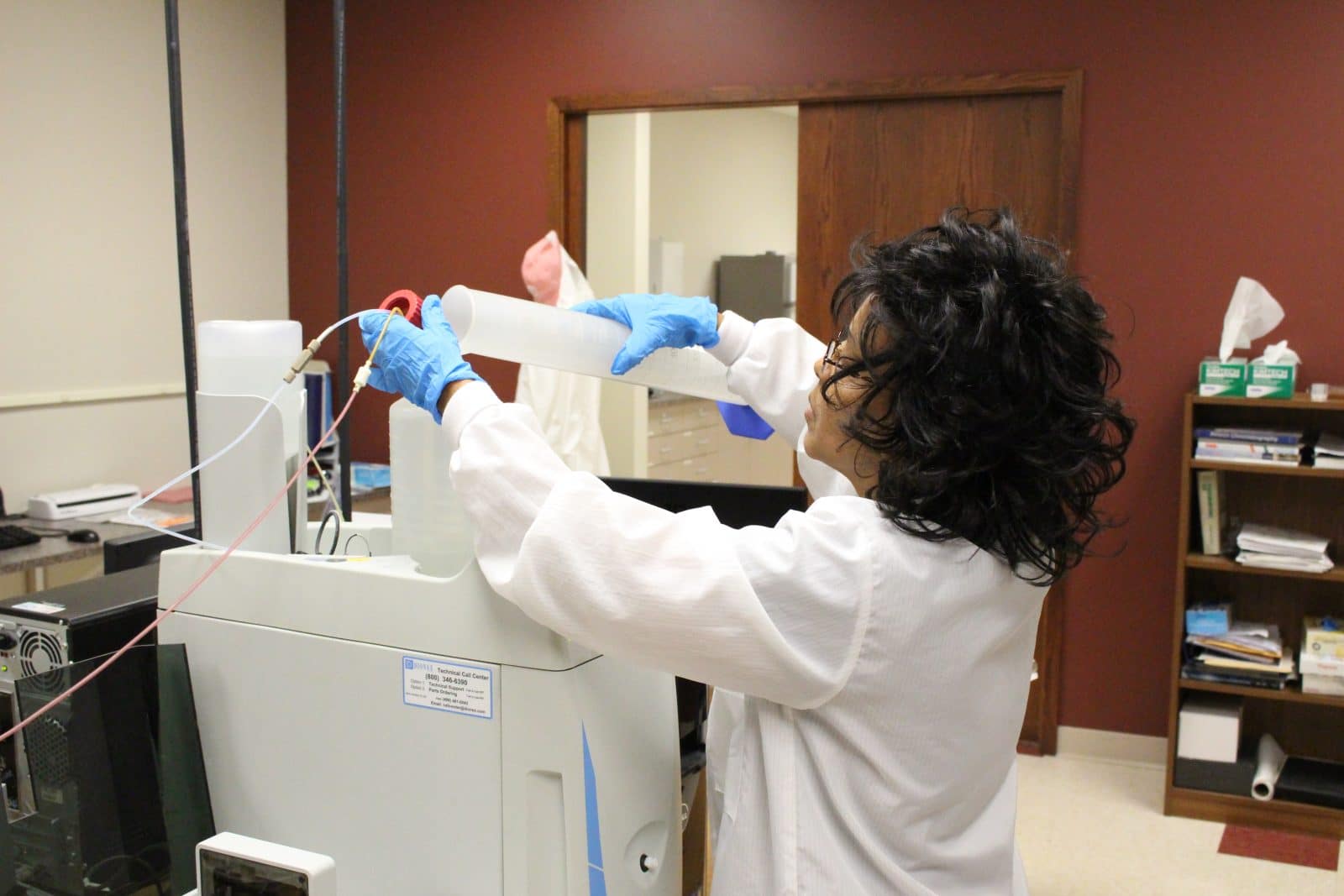 IC analysis can be used to determine either or both qualitative and quantitative conclusions about a material’s composition. Material identification is accomplished via IC by comparing a sample’s results against those of known reference-materials. Quantitation, or quantification of concentrations, is achieved by comparing each anion’s or cation’s peak area in the chromatogram to a standard curve of known concentrations.

How Does it Work?

IC analysis uses a High Performance Liquid Chromatography (HPLC) system equipped with a conductivity detector to separate anions or cations. The ions in a sample are moved through the system in solution and then the various ions are separated in a column with an ion-exchange resin. The resin’s surface layer has limited ion-exchange sites that attract either anions or cations. A conductivity detector at the end of the column measures the quantity of exiting ions, and from this data a chromatogram is produced.

While the process sounds complex, the analysis is actually simple and fast. Innovatech Labs can often deliver results in just one business day. 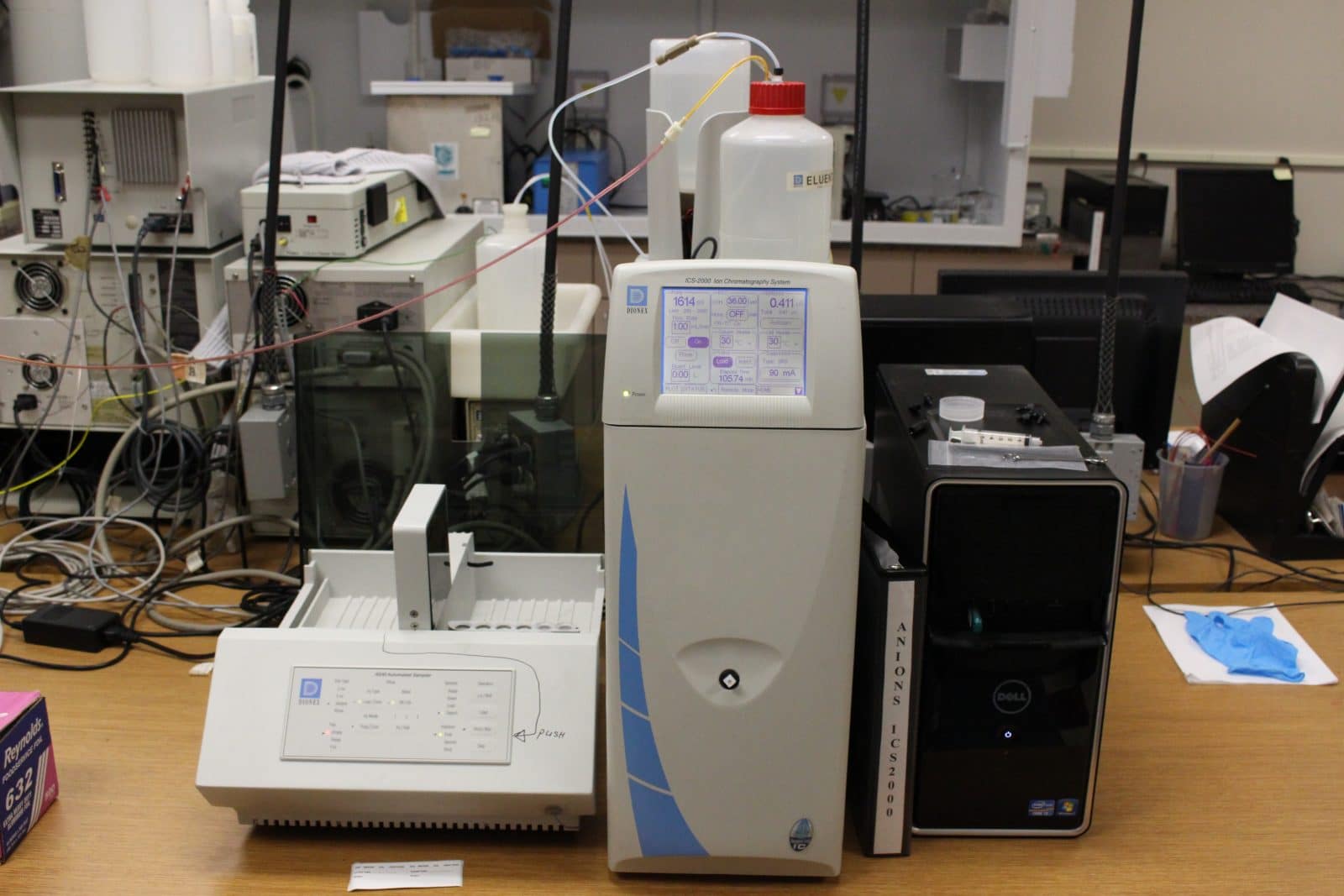 Steps in the Ion Chromatography Process:

Why is IC Useful

Why is IC Useful to Manufacturers? 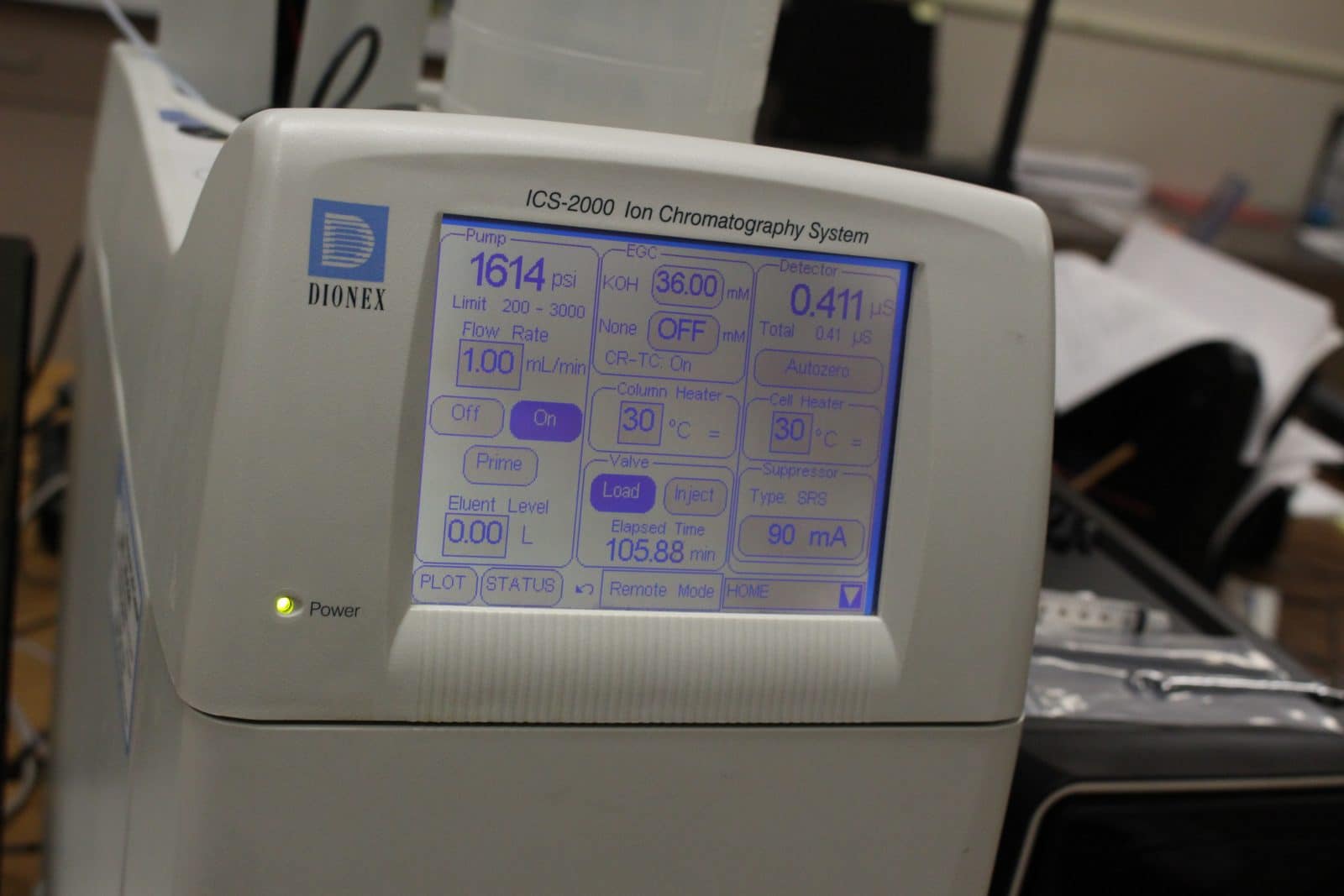 Ionic contaminants can cause products to fail or not work as they’re intended. They can also compromise the safety of a product.

Let’s say you’re an electronics manufacturer who is experiencing electrical shorts in your circuit boards. You suspect that the rinse water being used is the culprit, but you’re not sure. Ion chromatography can be used to extract a sample from the circuit board and determine whether contaminants left from the rinse water are to blame.

As another example, product cleanliness is incredibly important to medical device manufacturers because their devices are meant for human implantation. Any contaminants could cause slow healing times or infection, device failure or harm the person it’s implanted in. IC analysis can identify any ionic contaminants and help trace the contamination back to a step in the manufacturing process.

Where and When Can IC Be Used?

This technique can be used for:

Ensuring product safety, quality and cleanliness is essential for every manufacturer. Ion chromatography analysis is an effective and fast way to meet all those needs.

The History of Ion Chromatography

We can trace the roots of ion chromatography to 1903, when Russian botanist, Mikhail Tsvet, separated vegetable dyes by using the phenomenon of adsorption in a chromatography column. It was said of Tsvet that, “he invented chromatography, separating molecules, but uniting people.”

The Birth of Ion Chromatography

An article in the environmental analysis magazine, AWE, describes how ion chromatography had its actual beginnings in 1975, when Hamish Small, Timothy Stevens and William Bauman of the Dow Chemical Co. in Midland, Mich. published a landmark paper on the topic. In September of that year, at a meeting of the American Chemical Society, the first commercially available instrument for performing ion chromatography was exhibited.